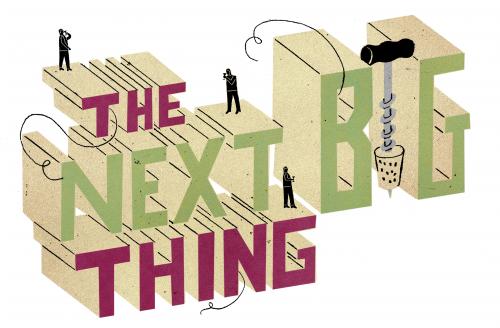 I am grateful to Jamie Iredell, author of The Book of Freaks, for tagging me in “The Next Big Thing” blog series, wherein authors answer ten questions about their current works-in-progress and then tag other authors to participate. I’ll do my best…

What is the working title of your book?

I always have a handful of projects going simultaneously.  At the moment, I have three books in progress:

(i)  A collection of appropriated stage plays remixed into prose poems, which I’m calling To Be, To Be, Or Not To Be.

(ii) A language-driven novel set in the fantasy world of an imaginary creature on the day of the apocalypse, which I’m calling Glaxo Kreemo.

(iii) A hard to describe work of nonfiction, sort of like David Markson’s Author Quartet meets a personal memoir meets cultural criticism, for which I have no official title yet….at the moment I call it “My Faulkner Experiment” because last semester while preparing a lecture on his novel As I Lay Dying I learned that he wrote it without planning anything out in advance in less than three months, between October 25th, 1929 and January 12th, 1930, so I decided to challenge myself to produce a new book in that same time period.

Where did the idea come from for the book?

(i) My interest in exploring the boundary between experimental writing and conceptual poetics.

(ii) I was reading Homer’s Odyssey for the first time, while concurrently teaching William S. Burroughs’s The Soft Machine.

(iii) I just started typing, trying desperately to produce material, and what came out of me was this nonficiton stuff.

What genre does your book fall under?

I would call them all works of experimental literature. But to give them more marketable labels:

Which actors would you choose to play your characters in a movie rendition?

(i) The original cast of Twin Peaks to play all the parts in all the various plays. Directed by Harmony Korine.

(iii) Probably Zach Galifianakis to play me and Fiona Apple to play my wife. Directed by the ghost of Stan Brakhage.

What is the one-sentence synopsis of your book?

I think I already answered this question above.

Will your book be self-published or represented by an agency?

(That strikes me as a strange binary.) At any rate, I have worked with an agent in the past, however I am currently unrepresented.

How long did it take you to write the first draft of your manuscript?

Keeping in mind that my attention has been focused these past few years on the research and writing of my Ph.D. dissertation, which critically examines the 20th and 21st century American literary debates over experimentation and convention as they relate to the formation of national identity, it has been inevitable that these creative works have taken longer to produce than I would have ideally imagined.  That said:

(ii) I’ve been working on Glaxo Kreemo since the summer of 2010.

(iii) I began the Faulkner Experiment October 25th and will hopefully be finished with it in nine days.

Who or what inspired you to write this book?

All of my work arises from a self-confidence instilled in me by my high school English teacher, Diane Panozzo.  I write today because way back in 1993 she believed in me and encouraged me to pursue it.

To carry on the game, I tag: